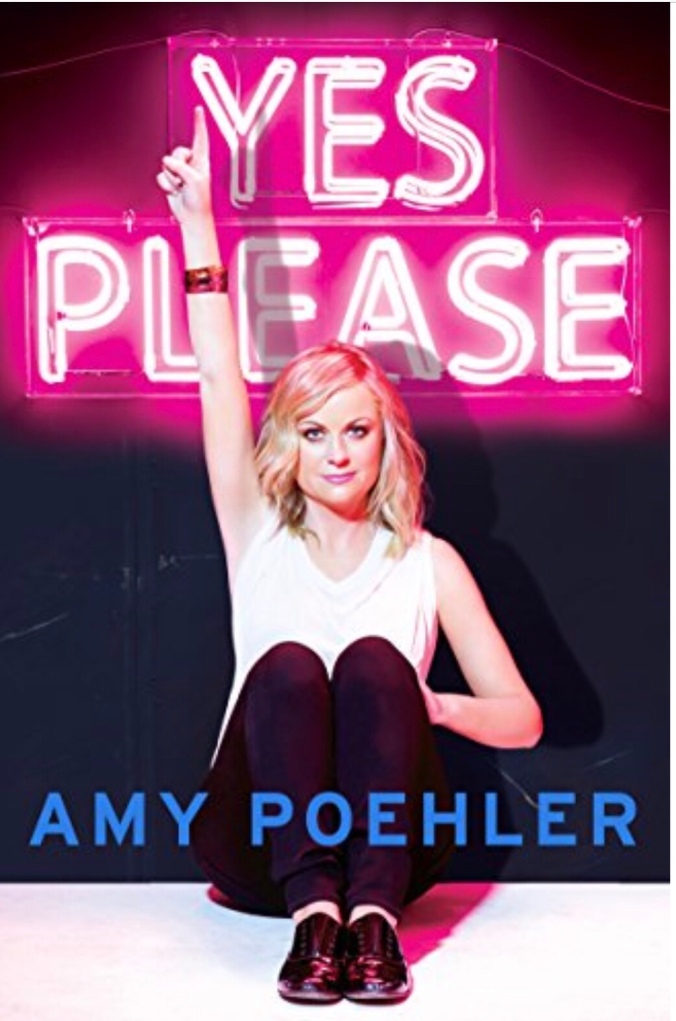 Boy did this book pull me out of a funk as I recovered from surgery. Do yourself a favor: listen to the audiobook. One of the few times when I think reading a book would be kind of a waste is in the case of memoirs read by comedians. I just put Amy Schumer’s, both of Mindy Kaling’s, and Tina Fey’s even though I’ve already read hers. It’s like listening to a combination of a stand-up and a master class, laughing and learning in (in my case) 30-minute increments for days on end. I looked forward to the drive to and from work and often wished the commute was longer just so I could listen to more, and was so sad when it was over.

On top of a lot of laughs and a dash of inside-information about a few celebrites (SNL hosts and colleagues as well as Parks and Recreation castmates), Poehler has some sage career advice that applies not just to aspiring actors and creative types but ambitious people in general. The thing that has stayed with me most is what she said about “treating your career like a bad boyfriend.”

Her point in all this is to have the dream, but don’t hold on so tight to it that the energy you put out is desperate. Because we all know, ain’t nothing sexy about desperation. It’s something I need to work on. For so long all I’ve wanted is to be able to write full-time, to be a book-a-year author who supports herself through writing. So after Friends and Other Liars was not a huge success, and while my second book is out on submission seemingly for the rest of my life, I got pretty depressed. I tried to be positive, and did like a million visualizations a day to try to manifest this, but I’ve been holding on to it so tight that I’m probably scaring it away. Poehler encourages her readers to just “do the thing” and not the “worrying about the thing, and criticizing the thing,” to enable you to be in the moment. Because, and this quote has stayed with me, “You have to be where you are to get where you want to go.” The present is not just something to get through, it’s absolutely necessary for me to be here, to “bake in the oven,” before I’m ready to be eaten. I turned that into a weird metaphor, but you get what I’m saying.

There were many more impactful moments in this book. I absolutely loved it and will definitely re-listen when I need a reminder to just chill the fuck out and live the life I have now.